Do you have a newfound affection for chai latte? The ancient Indian drink is a real treat for your taste buds, providing comfort, spice, and deliciousness. This cafe staple is the crowd’s favorite for a reason, but have you ever stopped to wonder ‘does chai latte have coffee’?

After all, it’s a latte, and we know latte is a coffee-based drink. We’ve gathered the info and are ready to investigate!

What is a Chai Latte?

Chai latte is prepared by mixing steamed milk, black tea, and a blend of spices.

It originated in India 5,000 years ago as a medicinal beverage intended to relieve cold and flu symptoms.

The British colonization helped bring the drink closer to the West, but it wasn’t until the 90s when it gained a massive following.

A few decades later, you can find many adaptations of the traditional chai latte. Each coffee shop has its own variations ranging from iced and frappe-like chai, a hot chai cocktail featuring an amaretto shot, to “dirty chai” that includes an espresso shot.

Do Chai Lattes Have Coffee?

The original version of chai latte doesn’t include any type of coffee. As it became more widespread, chai latte underwent many experiments. Some of the newly introduced variations contain coffee.

So does chai latte have coffee? Not the original version, but the variations might have. A double-check is due to be completely sure.

You probably wonder what is a dirty chai latte. This is the most popular Western version of the chai latte with coffee.

It’s made by adding a shot of freshly brewed espresso to the original chai latte ingredients. The result is a well-balanced mix of strength, spice, and sweetness.

How the Dirty Chai was discovered

The legend claims that the dirty chai latte was discovered in London in the 90s when a barista poured a shot of espresso in a customer’s chai latte by accident(1).

The drink quickly became a favorite and spread around cafes. Today there are even more varieties of the dirty chai latte, like the filthy chai latte with a double shot of espresso.

Can you get a decaf Dirty Chai Latte?

It can be a little challenging, but you can find decaf dirty chai latte. Keep in mind that coffee is not the only source of caffeine in the dirty chai latte. In order to get a decaf chai latte, both the black tea and the espresso have to be decaffeinated.

Let’s see how chai latte vs. dirty chai latte compares when it comes to taste, appearance, and overall caffeine content. If you’re a devoted consumer of one of the two, you might change your mind and switch your order!

Chai latte gets its color from the black tea and the spice blend. It’s light beige due to the high milk content, silky and creamy.

Dirty chai is less viscous since the espresso slightly dilutes the milk. The coffee is also responsible for the darker, almost tan color.

Both drinks come with a frothy top.

The ingredient list of the chai latte is short and simple, featuring black tea steeped in milk as the base and a spice blend and sugar for the kick and sweetness.

The dirty chai comes with the same ingredient list, plus a shot of espresso.

Chai latte has a creamy consistency with medium strength. You can taste the black tea, but it’s not overpowering. The spice blend delivers a soothing yet powerful kick.

Dirty chai has a milkier taste with a more definite coffee taste instead of tea. The spicy flavor is more softened due to the more pronounced espresso flavor.

The original recipe for both drinks comes with solid caffeine content. Chai latte has between 60 to 70 mg per 12 oz serving.

Dirty chai has almost twice the amount of caffeine, with around 130 to 150 mg for the same serving. The addition of espresso significantly raises the caffeine content.

What Are Examples Of Chai Lattes Without Coffee?

If you’re a fan of chai latte but want to keep your caffeine intake low, there are still plenty of varieties left for you to try. Depending on your palate, you can indulge in a classic like simply iced chai or something bolder like a lavender flavored chai latte.

Iced chai latte is made by steeping black tea in hot or cold water and mixing it with spices and sugar.

Lavender chai latte tastes the same as it sounds, gentle and fragrant.

It’s made by steeping lavender chai tea for 10 minutes in hot water. Then, in a tall glass, pour some ice and milk. Pour the steeped lavender chai over and mix to combine.

For a classical twist, try the vanilla chai latte.

Brew chai tea as usual with your milk of choice. Once it’s done, add 1/2 teaspoon vanilla extract, 1/8 teaspoon each cinnamon, nutmeg and cloves, and some coconut sugar to taste. Whisk a little, so it forms a frothy top.

To make it super creamy add 1/2 teaspoon of cornstarch. Go the extra mile and top it with whipped cream!

Summary: Does Chai Latte Have Coffee

If you tend to indulge in chai latte frequently, you’ve probably wondered does chai latte have coffee.

Chai latte originated as a blend of black tea and masala spice steeped in whole milk. The original recipe doesn’t include any coffee, but the black tea does deliver a good amount of caffeine.

Is there coffee in a chai latte?

If you order a regular chai latte, it shouldn’t contain coffee. The original recipe is made with whole milk, black tea, and the masala blend of spices. The color does give out some coffee hints, but that’s due to the dark color of the black tea.

Is a chai latte a tea or coffee?

Chai latte is a tea-based drink. Its origins are traced back to 5000 years ago in India(2). The original purpose was to alleviate symptoms of cough, aid digestion, and boost overall health. It was only 30 years ago when coffee and chai were first mixed.

Why is chai latte called dirty?

When coffee is added to the chai latte, the color is disturbed, making it look muddier. This provoked the addition of the title “dirty” to chai lattes with coffee. The original chai latte is more pale and light beige or “cleaner”, while the coffee makes it brownish or “dirty”. 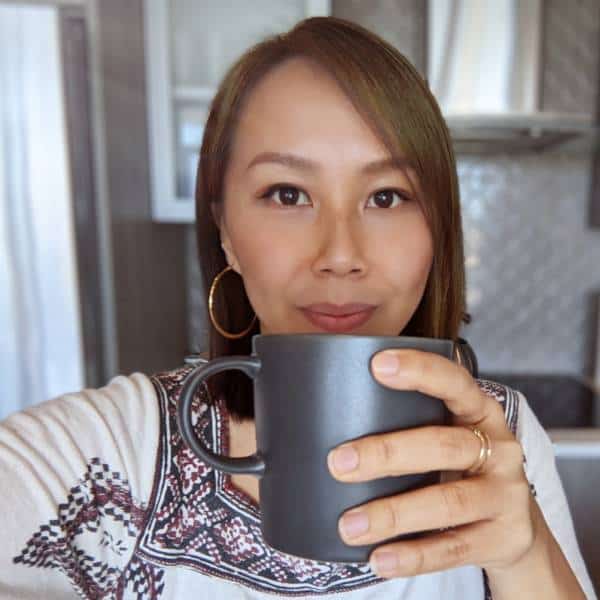 My name is Char and I’m the ‘chief coffee drinker’ behind Hey Joe Coffee.
Thanks for joining me on this journey of discovery as we learn all there is to know about this rich and luscious brew.
I hope you enjoy the ride!

Join my email list to receive the latest articles directly in your inbox.

[email protected]
Get in touch